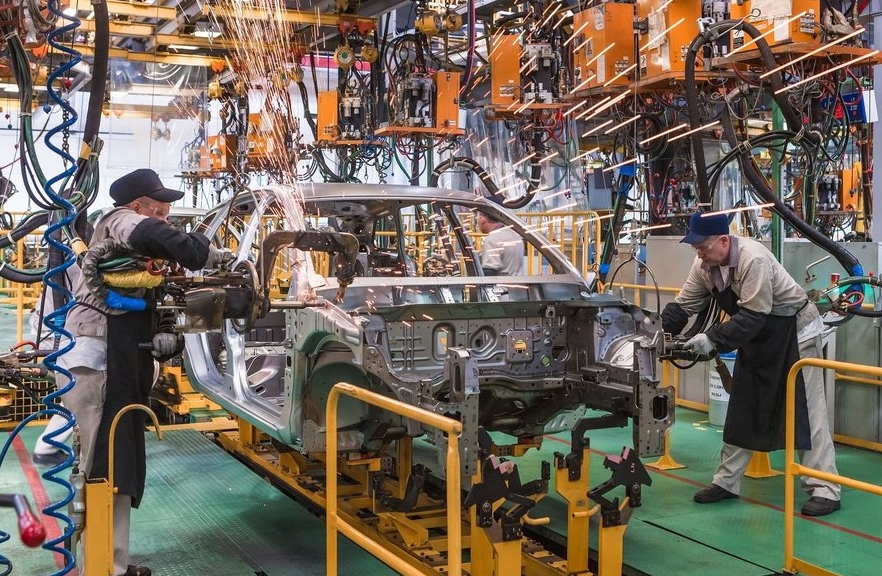 The major car manufacturers are looking to create a new automotive cluster in North Africa, despite Africa’s rare history of industrial success. Volkswagen, Renault, Peugeot, Hyundai Motor, Toyota Motor have invested billions in Africa in recent years. Companies see growth prospects here that no longer exist in traditional markets. New car sales in the US, China and Europe are declining after a 10-year boom.

A new automotive cluster designed to meet regional demand could be a model for companies rethinking their global supply chains as global trade barriers rise, driven in large part by US President Donald Trump’s policies.

There are now 59 million cars on the roads of the Middle East and Africa. By 2040, that figure will rise to 90 million, OPEC predicts.

Morocco already produces more cars than South Africa and is soon expected to produce more per year than Italy. The kingdom has already become a major supplier of components to European car factories, including the high-tech Ford Motor plant in Valencia, Spain. The latter imports car seats, interiors, wiring and other components from Morocco.

Investment by carmakers in the region is also growing, in part because some states are reducing car imports to attract production capacity to their own countries. Last year, Algeria required that most new cars be produced domestically. Such a regulation convinced Volkswagen to build a new assembly plant in Relizane, Algeria, which has begun producing cars from several of its brands, including the small Caddy van, popular with traders, and the Polo compact. Spain’s SEAT produces the Ibiza sedan and the Arona sports utility vehicle in Algeria, while Czech company Skoda produces the popular Octavia sedan at its Relizane plant.

In Morocco, Renault, which has more than 40% of the market in the region, has built two assembly plants over the past five years, producing more than 200,000 cars a year. Peugeot, which is actively expanding its presence in the region, is building a plant in Morocco that will be launched at the end of the year. Volkswagen is one of the most active investors in Africa’s burgeoning automotive industry. The company has opened factories in Kenya and Rwanda. It recently announced plans to build assembly plants in Nigeria and Ghana.

In May, the International Monetary Fund praised government authorities in North Africa and the Middle East for their post-Arab Spring market reforms aimed at ending decades of economic stagnation.

But carmakers are aware of the financial risks of doing business in the region. Massive youth unemployment in the Maghreb (northwest Africa) fuels emigration, crime and Islamist extremism. These problems can be solved by, among other things, expanding economic activity in the countries of the region. European countries also see stability and prosperity in North Africa as key to their own security. “Of course there are risks,” says Erdem Kizildere, top manager of SEAT and director of the company’s Algerian plant, which is expected to assemble 50,000 cars this year. “But we see the potential of the region. It is a very young market that is becoming increasingly industrialised,” he adds.

According to Frost & Sullivan, foreign direct investment in North Africa rose from less than $5bn in 2011 to $12bn in 2016, mainly due to investments by carmakers.

“The situation on the continent is stabilising,” said Volkswagen spokesman Thomas Schäfer. In August, the company signed agreements with Ghana and Nigeria to build assembly plants in those countries in return for government guarantees of investment protection. “The last barriers blocking the development of the regional car industry are being removed. This is a huge opportunity for us,” he said.